This coming July is just another excellent Hypnotherapy & NLP practice weekend. As always seriously good value for a full weekends fun in practicing some NLP and Hypnosis tools, techniques and processes.

This will be a free flow with topics decided by you on each day. If you would like to explore something new or get some alternative and different perspectives on what you already know this is going to be a great weekend for you. 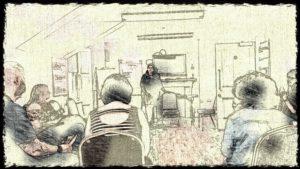 In addition to the topics you choose to explore over the weekend there are a couple of topics I would like to play with.

Firstly, responding to questions. There are lots of times, take politicians, where answering a leading questions will just play into a frame you may not accept. So being able to recognise and change frames can be useful. I also want to play with answering questions with deliberate un-truthfulness, again think politician, and explore how we can attempt to detect this better!

Secondly and in connection with ‘responding to questions’ I would like to explore how well we can calibrate and notice subtle shifts in states and physical expressions of change.

The July practice day will be an excellent chance to meet up and connect with old and hopefully new friends. Its really great value at only £30 for the weekend so, see you there for lots of NLP and Hypnotherapy practice, fun and learning.

Excellent value ONLY £30 for the full weekend.
Book your place quick. Limited places.

Strong and Stable : How We Use and Understand Words

Posted on May 11, 2017 | Comments Off on Strong and Stable : How We Use and Understand Words

This is an exploration in the deliberate and intentional use of language to change peoples minds. You might consider this post as a potential vaccine ( like Jenners way of eradicating the virus small-pox ) as in it may make you a little sick before becoming resilient to deliberately manufactured thought viruses.

The campaign line ‘Strong and Stable’, you may have read or heard recently has been used and repeated in sufficient quantity to have become both a talking point and a point of serious contention. It’s meaning we can question. 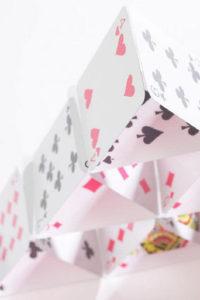 In 2003, I first read Lakoffs and Johnsons book Metaphors We Live By. A brilliant book that provides a physically grounded account ( what there is and how it can be known ) of the nature of language and more importantly, a proposal on what goes on under the bonnet, that comes well before conscious thought and reasoning.

To really be aware of how words and slogans can be used to manipulate us, I feel it is necessary to get a deeper understanding of what words do to us by way of effects in our unconscious processing and reasoning. How our very first experiences are linked into concepts and language we all use and respond to.

For example when we are infants we have no discernment between sensations and concepts. This is a period know as conflation. As infants being held by parents we experience the sensation of warmth. So as concepts develop we have a physical grounding, Primary Metaphor : Affection is Warmth.

In no particular order there are three ( actually there are many more which are implied ) Primary Metaphor ( Grady/Lakoff and Haser ) which seem to me most applicable in unearthing both the intention and deeper meaning in this slogan.

Morality is doing the right action. Here an elected government serving the public ( the electorate ) first. Government serving the people, before themselves and certainly before private and corporate institutions. Reading Lakoffs Political Mind a well functioning government is about Protecting and empowering people to live freely and be able to access affordable public services ( financed via taxation ). This is not selling public services under the guise of efficiency or cost saving to private enterprises whose prime concern is making money, charging as much as possible.

Certain means both being correct in what is know, be reliable source and an accurate credible prediction of some future event. This is highly related to the predictability.

Persisting means a deliberate and constant effort to reach some goal or prevent some unwanted goal being reached. It means consistency over time in relation to specific values being upheld.

How to Ideas and Behaviours become Habits?

This is very simple. Any action, be it a thought a physical action or response will become a habit when repeated enough times over and over again. A habit is in essence an unconscious response. Something that happens all by itself. Additionally a phobia or PTSD can be ‘learned’ in just one event involving high stress which can be described as a trauma.

The ‘Strong and Stable’ meme is being repeated again and again and let’s face it it feels like a pretty traumatic time here in Blighty. Uncertain Brexit, uncertain of which party will get in at the upcoming election, Jobs, NHS, Inflation, Food Banks; Uncertain and Stress are linked. One party will be for the people and one will be ‘government’ by corporations who will kill the NHS, schools and universities and continue with the Austerity policy, which does not benefit the public but serves the IMF really well.

So ideas and behaviours become unconscious and automatic under conditions of high stress and potential trauma.

There are several well documented amelioratives to excess stress ( distress ), which are well documented in psychological literature. See Sapolskys ‘Why Zebras don’t get Ulcers’. Three of which I list below:

Any government whose policies are seen to be clear, that is certain will be highly likely favored over another parties policies whose are unclear during ‘bad times’

Media, hacked or cyber targeted and newspapers have their own political agendas. By forging and shaping stories of how one party ( their enemy ) will create bad events, bad times and uncertainty they activate your stress system.

This will make you worry and/or become fearful by design. Such media will then highlight their chosen ( friend ) party as hero’s, saviors, competent managers of control and predictability. They, the media ( if you read and believe without thinking ) are shaping your brain.

Repeatedly creating biased, unpredictable and misleading articles ( Take D.Trump ) where these are read by people with really strong original views such articles will either strengthen their views or polarize them more completely. The people in the middle will be more likely to look to the media for their clues because this is least effortful and simplest. Its the default option.

Hence a slogan like ‘Strong and Stable’ is an excellent psychological weapon aimed at those undecided voters who will take the default option portrayed mostly on the media they absorb.  Remember the more people seen to support one side the more predictable/certain ( sadly ) that outcome may well be.

There are also strong correlates, again with more social and psychological research to be found in Cialdini’s ‘Influence – The Psychology of Persuasion’, some of which I list here:

An authority who is seen to be strong, seen to be a leader or seen to demonstrate a certain set of values will attract followers. This can become very powerful when there is uncertainty involved. Think of the strong leader Jim Jones who murdered his followers or everyone’s favorite dictatorial Roman Imperator.

Social proof can both be maximised through media reporting their perspectives and showing lots of people agreeing with policy. Any article that is emphasising one part dominance over another is actually influencing this more and they know it. Do you know that copycat-killings, road incidents and airline crash statistics increase when they are on social media?

Consistency and commitment indicate a steady and focused way being in the world as in individual or as a company. What needs to be explored is the direction and sensibility of such a ‘quality’ when the direction and values are incompatible with the public good. Consistently and with commitment flogging public services ( by constant and steady defending ) to corporations who want to charge the most the market can bear, pay minimum wages and have a few regulations as possible.

Lets explore the implications and meanings of ‘Strong and Stable’. Take a mountain or a building. It’s stable and its’ strong. We expect it to last spatially and temporally and usually it wont me moving anyplace soon. This means that we have a certain and concrete predictions of these qualities. Building and mountains will provide the physical support for its inhabitants and likely even a good environment of relative safety.

Good parents will undoubtedly carry their children, safely around for a sizable portion of time during infancy. They are persisting carrying ( which takes effort and strength over time ) their children [ creating their warmth is affection too ] to places that are conceived as destinations or goals.

They are doing the right thing, caring for, nurturing; being moral. Children ‘know’ they are safe ( apart from the odd pop star dangling them out of windows ) and cared for. They become certain of this experience. They can rely on their parents. Good parents are strong and stable and of course know what is best for their babies.

Strong and Stable IS Moral, Certain and Persisting

This is a very well crafted slogan to apply to a moral, certain and persisting government. And to me used in this way deliberately to change brains to believe such a government has these qualities. And here is the BUT…

Moral means putting people before themselves ( think of bedroom tax, disability cuts which have raised rates of death in claimants, cutting corporate tax while people in the UK are forced to use Food Banks, subsidising the banks, destroying the NHS … ). This is highly immoral in the context of public service for the public.

Certain means a sure outcome and be a credible source of what will happen in the future. We need to ask certain about what? Certain suggests having clear policy that is

Certain about what happens in Brexit when ‘one’ may be bloody difficult in negotiations? No. Its a mess there is no cogent plan. Certain corporate-business funded academies will help to educate and improve? No. Certain that inflation, utility bills and cost of living will be fair? No. There is a great deal of highly unpredictable and uncertain futures for the general public.

Persisting means you are being carried along. One implication of this primary metaphor is deeply rooted in being carried by loving parents who were putting our needs first. But Politicians and Governments are not our parents, we are adults now and can realise fundamental immoral acts being perpetrated against ourselves and the other not so privileged masses that are our family, friends, neighbors and fellow citizens.

If you wonder or think we are being manipulated or ‘nudged’ into thinking and acting and behaving in certain ways you will be dead right.  This is in essence true for all attempts of persuasion or influence.

What feels very important to me is to have some sense of the mechanisms which can be used ( quite effectively) to steer us into acting in ways that are grossly against our own interests as well as against the interests of decent people and the environment we will leave to our children.

Comments Off on Strong and Stable : How We Use and Understand Words