Just a little while ago, lets say only ten minutes, I was sitting next to the open fire, feeling warm and comfortable. Eating some delicious home made food and enjoying a second glass of wine. The television was on in the background, something I consciously selected to watch. I am at ease with the world and myself feeling relaxed and quite joyful. This is nice.

One of the books on my sofa, a very recent book on what is delightfully called neuro marketing is open about half way through. For me there is a great deal of applied NLP Practitioner or sales skills or persuasion skills. It’s kind of about, for me anyway, knowing the structures or tools and applying them in ways that fit some ethical way of being in the world. It’s not the tools, its how they are used and for what purpose. 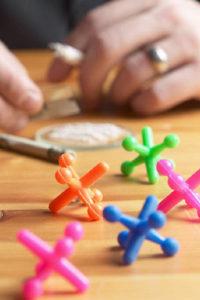 Did you know that it is though in some ultra intelligent circles ( perhaps without much wisdom ) that human language evolved in order to control and influence other humans?

If you have read the first paragraph of this post and I assume you have, you have probably identified with some or all of my experience. Hopefully it was a pleasant experience for you too. Check this re-written version in a bit and notice what happens with you.

When my telly is on, I am either watching self selected DVD’s or self selected streamed stuff. There are absolutely no adverts. Adverts and advertising is all about, quite simply encouraging you to buy ‘something’ you probably don’t want or need. Not the same as you actively wanting to purchase something or is it?

A lot of years ago, I signed up to a course ( which didn’t run ) but ended up getting some little coaching with one of the hosts. Their sole process for ‘getting’ clients was to find out the clients ‘pain’ and offer a solution. That really makes sense in that people who use a service are attempting to make their life easier by alleviating pain. This was around 2008.

The neuro-marketing book I am reading, which is research based, with people who are hooked up to a brain wave monitor, ece and a even have tracking software monitoring their facial micro expressions extols that using fear ( pain in another language ) is an excellent way to grab unconscious attention. That is engage the emotional nervous system. This grabs attention at a other than conscious level. Basically creates fear ( read just about any newspaper ) and then goes on to offer your unique solution.

They then go on to suggest that if that ‘fear’ can be exaggerated, all the better for more emotional traction. Then what? Again, offer a solution. Your solution to their need, which you are of course, if you follow is being largely created by the marketer to grab your emotional response, basically an orchestrated hijack.

“I was very worried just a little while ago, lets say only ten minutes, but I am so on edge I don’t know if this was five minutes or ten.

I was sitting next to the open fire, even though it was burning I felt cold, something was really worrying me. I had some food that I made but it was mostly uneaten, there was something about it that didn’t taste right. Even the glass of wine seemed bitter.

The television was in the background but there was yet another news story about an act of terror or violence, that’s all that seems to be in the news these days.

I feel uneasy at the moment.”

I bet ( and this is just an example ) this is a very different experience to reading the first paragraph. So please, read the first paragraph again 🙂 and come back to what follows; noticing your own, even slight, emotional response. Thank you.

Sometimes I am absolutely astounded by the obvious. Why on earth do ‘we’ need to have research based ‘evidence’ to tell us the screamingly obvious. Fear and Desire were the two first challenges of Shakyamuni Buddha in his quest for release or enlightenment from a world of suffering. This was more than five hundred years B.C. This kind of advertising creates both fear and desire. Now you know consciously what you have know all along.

If you require ‘psychological’ statistical evidence ( as oppose to knowing your own direct experience ) read that wonderful book Thinking Fast and Thinking Slow by Daniel Kahneman. Specifically the chapters on Prospect Theory and Bad Events. Basically as human ‘statistical’ beings, we are predisposed to avoid loss more that we seek gain; Loss hurts us more than gain psychologically ( and physically – these are not separable really ) and after a time any loss or gain psychologically diminishes in both value and importance to us. Thought it is still there; as a memory; physically and psychologically. That is in essence a trauma or a rapture.

In other words, we seek the stuff that makes us happy; when it arrives happiness diminishes and we seek more. We avoid pain and continue to want to avoid pain.

Last week I was presenting an introduction to hypnotherapy for some students at a college in Newcastle. One of the questions posed was “Do you think we are manipulated by advertising?” This is not a yes or no response, and we in this case could have been ‘you’ so I answered in a neither yes or no way.

NLP Practitioner training in Newcastle upon Tyne. Courses this year, 2019 January to June with twelve days and August 9 days over three weeks.

Be wary of uninvited advertising on all scales from the television and newspapers, teaching you how to think and to the small stuff like phone apps that create a dopaminergic motivational habit as simple as pressing buttons, specifically yours!

As an ending, for now, note, one of the people who I continue to learn from is Judah Krishna Murti whose discussions with David Bohm I find wonderful, structurally he says the problem with human kind is wanting more and more and not being satisfied ( psychologically ) with where you are now.

Technology is amazing, it really is advancing faster now than any time in human history. Human wisdom on the other hand, environmental and societally was left behind long ago. There is more than enough for every human being in this world, many times over right now and yet there are people starving, homeless and have had to flee as refugees because of wars for oil or religion ( or oil ).