Posted on May 9, 2018 | Comments Off on NLP Submodalities in action – Making change stick

This should make immediate sense. The simplest of cells, of which we are largely composed of, demonstrate sentience. Sentience is like intelligence as commonly defined. Plants mostly turn towards the sun, showing heliotropism. Little monkeys,  deprived of their mother, show a preference for a furry warm counterpart and not a cold milk feeder, as Harry Harlow demonstrated. 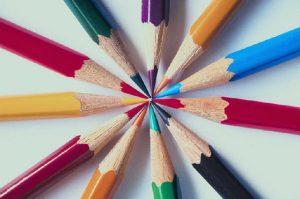 One of the many evidential stories in the excellent ‘Before You Know It’ – book by John Bargh describes how addicts with about an hour of training each day for two weeks, make statistically significant, long term change.

These people, all volunteers, were given a task of identifying photographs as either vertical or horizontal in nature and on recognition would either push or pull a lever. What was not identified to them consciously is that the photographs with their addictive substance would always be paired with a photograph that was to be pushed.

This was intended and indeed did increase the unconscious avoidance  mechanisms in people with respect to their addictive drug. This by no means was any sort of perfect cure yet was very significant in lowering relapse rates.

In this study, Reinout Wiers and his team helped people change their unconscious attitudes towards an addictive behaviour by pairing or anchoring the human ( and cell like ) avoidance behaviour, push away to their addiction, or at least a picture of it.

NLP Submodalities are classically the manipulation or changing of the smaller lego bricks of our representations of five senses. Or six senses in you include a sense of humour. For instance in the visual field, the submodalities include colour, distance, luminosity and visual-spatial location.

So as science, once again, seems to offer great validity to NLP techniques, in this instance a NLP Submodalities intervention, which NLPistas will recognise also includes a Meta Program, move away, move towards. You should also note the move away, move towards preference is as old as the hills and did not originate with NLP. And Meta Programs are not separate from Submodalities!

What, to me, is of greatest significance is this intervention was repeated hundreds if not thousands of times. This is where critics of such an NLP Submodalities intervention may say it didn’t work. More accurately the operator and the recipient didn’t work enough.

Repetition is critical to move any conscious skill into the unconscious arena. Repetition is the key to making this kind of intervention work and stick.

Firstly make a commitment to yourself to apply the time each day for a week or two to repetitively do the following exercise as described. I suggest doing this for twenty minutes a day.

For NLP Practitioner Training in Newcastle August 2018 and January to June 2019 click on this link to book.